Another day our think tank was talking about what kinds of mastermind groups and invention organizations might appear as time goes on, and how they might work. Imagine if there was a think tank for one, that’s to say only one person? Maybe not, perhaps it’d be called something else. However, let us go ahead and investigate some of the… Read more » 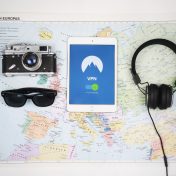 When people of our generation check into a hotel, this question is usually particularly important to them: “What is the WLAN password? After all, we don’t want to get a giant cell phone bill after a holiday or business trip and still don’t want to miss anything. There has been an article at https://www.zeit.de about it too.

Live chat is becoming increasingly self-evident and has established itself as an additional form of communication alongside telephone and e-mail. Through the various social media solutions such as WhatsApp and many other chat tools, chat is now as natural and uncomplicated as telephoning.